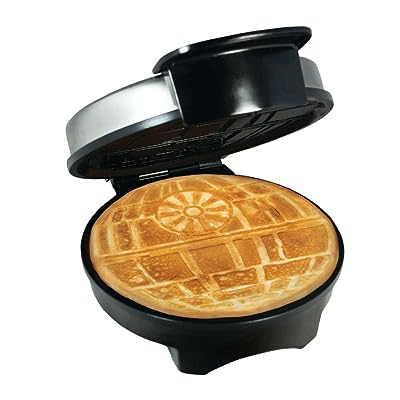 Nothing is more impressive and dreaded than that big round menace of Moff Tarkin, and now you can destroy it with butter and syrup-drenched waffles made to order.

For me, it’s quite a toss-up. Do I want to eat the Death Star or Darth Vader’s head? How about both?

You can get them both — or your favorite — and chomp down on Imperial waffles. It’s the #1 New Release in Waffle Irons right now on Amazon, so check them out before other fans get there first.

Be sure to check out the Darth Vader Helmet Waffle Iron, too. 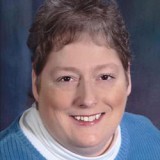 As Editor-in-Chief of Real World Reviews Inc. and The Cook's Measure, my goal is to provide excellent content, whether it is cooking tips and articles or recipes. I want to review and recommend quality products to help you find the right cooking products for you. As a cooking enthusiast, just like you, I love to find new tools for my kitchen and new techniques or recipes to try out with my husband and friends.

Shop for Gifts at The Bradford Exchange Save on Shipping
with Prime

As an Amazon Associate I earn from qualifying purchases.